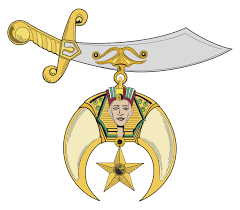 Billy Harold Couch of Hyden, Kentucky was born September 29, 1943 in Hyden, Kentucky.  He was born to the union of the late Arvil and the late Gladys Collins Couch.  Billy Harold had been a life-long resident of Leslie County except for having lived in Ohio and Florida.  He was a retired truck driver.  He drove a truck for many years, hauling coal and timber.  Prior to his trucking career, he worked as a strip mine foreman.  He was of the Pentecostal faith and was a member of the Rockhouse Pentecostal Church.  Billy Harold was a proud member of the Masonic Order and the Shriners.  He was a passionate and talented musician.  He had been a guitar and bass player for numerous bluegrass gospel groups.  The last two groups he played with was Salt Creek and Quick Sand.  Other than his music, his true love and passion was that of his grandchildren.  He enjoyed the time spend with them and being involved in their lives.  Billy Harold passed away Sunday, December 15, 2019 at the Hazard Appalachian Regional Medical Center.  He was 76 years old.

In addition to his parents, Billy Harold was preceded in death by a beloved son, Virgil Wayne Couch and a brother, Tinsley Couch.

To plant a tree in memory of Billy Harold Couch, please visit our tribute store.