Share a memory
Obituary & Services
Tribute Wall
Read more about the life story of Donnie and share your memory.

Donnie Ray Vickers was born November 11, 1948 in Corbin, KY to the union of the late George and Ethel Elliott Vickers.

He spent his early years in Harlan, KY.  Donnie was united in marriage to Wanda Lewis on October 14, 1967.  They made Leslie County their home until moving to East Bernstadt, KY where he was currently residing.  By occupation, Donnie was a retired coal miner, employed by the Blue Diamond Coal Company where he worked as a roof bolter.

You were a focused man, with many coats of paint.  You loved to stay occupied with your brush.  Your desire for life granted us your presence.  Rest your tools, your work is done.

In addition to his parents, Donnie was preceded in death by his beloved daughter, Michelle Vickers and a host of brothers and sisters.

The funeral service for Mr.  Donnie Ray Vickers will be held at 1p.m. – Friday in the chapel of Wolfe & Sons Funeral Home with Larry Lewis officiating.

The family of Mr. Donnie Ray Vickers will receive friends on Friday at the funeral home chapel from 11a.m. until the service hour.

To send flowers to the family or plant a tree in memory of Donnie Ray Vickers, please visit our floral store. 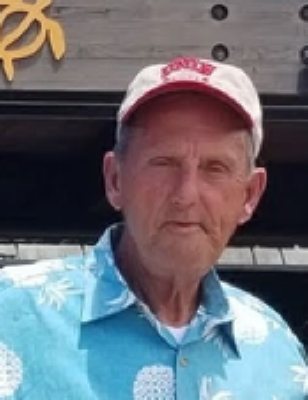