Share a memory
Obituary & Services
Tribute Wall
Read more about the life story of Hobert and share your memory.

Hobert Morgan was born July 16, 1943 in Chappell, Kentucky to the union of the late Caleb and Laura Howard Morgan.  He was united in marriage to Dora Jean White on July 06, 1966 in Virginia.

Hobert worked as a coal miner and retired from the Leeco Coal Company.  After retirement, he and his wife, Dora moved to Monticello, KY.  Hobert enjoyed rabbit hunting and four-wheeler riding.  Above all, he enjoyed spending time with family and friends.  He had a strong work ethic and always worked hard to keep things in top shape.  Whether it was cutting the grass, working on a truck or making a better cemetery for the community.

After the passing of his father, Caleb, Hobert assumed the role of caretaker of the Morgan-Begley Cemetery at Hyden, KY.  He worked tirelessly for the betterment of the cemetery and was always a work in progress.  During his time as caretaker the cemetery saw much change; the paving and widening of the road, expansion of the road around the cemetery, new drains for water flow, clearing of trees and countless hours of hard work that made the cemetery what it is today.

More than anything, he was a loving and devoted husband, loving father, grandfather, brother and friend.

Hobert departed this walk of life on Saturday, November 19, 2022, at the Lake Cumberland Regional Hospital.  He was 79 years old.

In addition to his parents, Hobert was preceded in death by three brothers, Cova, George and Edwin Morgan and two sisters, Effie Csaszar and Edna Sue Morgan.

The funeral service for Mr. Hobert Morgan will be held at 1p.m. – Saturday in the Chapel of Wolfe & Sons Funeral Home with John Newell and Roger Wolfe officiating.

The family of Mr. Hobert Morgan will receive friends at the Wolfe & Sons Funeral Home from 6p.m. – 9p.m. Friday evening.

To send flowers to the family or plant a tree in memory of Hobert Morgan, please visit our floral store. 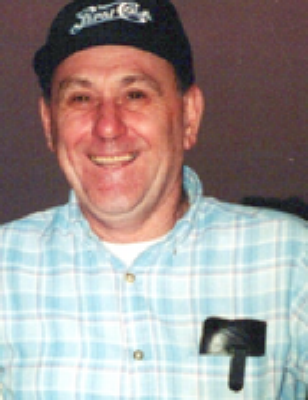