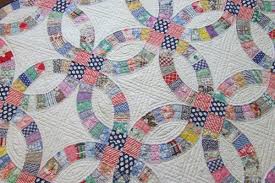 Visitation: 11 a.m. until the service hour at 1 p.m. on Saturday at the chapel

Mary Howard of Hyden, Kentucky was born in Leslie County, Kentucky on June 28, 1924 to the union of the late Sherman Farler and the late Ida Adams.  Mary was a life-long resident of Leslie County and was a member of the Stinnett Church of Christ at Hoskinston, Kentucky.  Mary was a homemaker and enjoyed gardening, quilting and feeding the birds.  Above all, Mary cherished spending time with her family.  Mary departed this life on Friday, January 10, 2020 at the Mary Breckinridge A.R.H..  She was 95 years old.

In addition to her parents, Mary was preceded in death by he beloved husband, Robert “Bobby” Howard; one granddaughter, Ida Melinda Howard; two great-great grandsons, Samuel Cole and Nolan Miller; three brothers and four sisters. She was joined in death by one great-granddaughter, Kenzie Cole.

Family request expressions of sympathy take place in form of donations to:

To plant a tree in memory of Mary (Farler) Howard, please visit our tribute store.